Symmetry and Asymmetry in a Logo Design – The Nintendo Switch way

Today’s guest post is from Meena Azzollini, founder of MeenaWrites.com

The recent Nintendo logo has got everyone talking.

And not for its new design.

But for its symmetry – or rather the lack of it.

The space in the middle of the Nintendo Switch logo is off-center but it isn't arbitrary, it's perfectly mathematically balanced! pic.twitter.com/nENz5agKwB

But does mathematical symmetry really matter in logo design especially when it looks symmetrical to the naked eye — or even if it is asymmetrical?

Human beings like symmetry. It creates order, balance and makes everything look perfect. You will find symmetry in your natural surroundings too.

But even in nature – if you look closer, there are objects that are asymmetrical or not balanced left to right. But they look beautiful. Take the example of the landscape around you. When you see all the individual elements together, they present a beautifully composed picture in our mind.

Symmetry in logo design plays the role of balancing the various elements to create a harmonious and well-organized image, representing a certain kind of stability that is comforting.

But symmetry can also be boring.

Asymmetry takes a break from the boring and when used effectively it can result in very interesting eye-catching designs.

This is exactly what logo designers strive to do.

So what is Symmetry?

Symmetry is when one side mirrors the other, most commonly known as Reflection Symmetry. Classic logo examples of pure symmetry are McDonald’s, Volkswagen, Audi, Starbucks, and Motorola. As you can see symmetry plays a big role in corporate identity design by giving logos a structure and form which translates to corporate stability, strong organizational structure and trust while giving the logo a classic and clean finish.

Though symmetry is not only restricted to Reflection Symmetry.

Rotational Symmetry or Radial Symmetry occurs when a design rotates and repeats around a central axis such as the Mitsubishi logo or the BP logo.

Translational Symmetry, also known as Crystallographic Symmetry, is when objects are moved or repeated in different locations keeping the orientation the same even though they may be repeated in different directions at varying distances. The PBS logo is an excellent example of translational symmetry where white space has been used to balance the design and convey meaning.

Asymmetry, on the other hand, is a completely different ball game. This is when you throw open the gates to all possibilities and order goes out of the window.

But that does not mean that asymmetrical logo designs are haphazard and have no compositional balance.

Asymmetrical designs tend to create complex relationships between the various elements in the design which can be very interesting.

The space around the different elements create movement making asymmetrical logo designs alive and vibrant and can sometimes be used to draw the eye to a particular element in the visual design.

Luckily it’s never about just using one kind of symmetry or the other in a logo or not having symmetry at all.

After all, designing is about being imaginative and using various principles of design to create a cohesive design which conveys the meaning of the business or product.

Many logos will use a clever combination of both.  The Apple logo is one of the most recognizable logos in the world and is a perfect example of symmetry which gets thrown off balance with the bite (so that the apple does not look like a cherry when the logo is scaled down). It is then balanced again with the addition of the leaf – a bit of asymmetry which adds a dash of liveliness to the design.

And that is what the new Nintendo Switch logo does. It is a clever combination of visual symmetry achieved by balancing the two sides, even though in theory you could say that the logo is asymmetrical. Because the right side of the logo carries more weight visually, the designers trimmed down the right side to balance the left.

The new Nintendo Switch logo replicates the product it is for – perfectly.

Both symmetry and asymmetry have their place in design and both principles achieve different types of looks that are valid for representing designs for the type of business or product they are designed for.

But to create a unified composition there is one element of design which is important whether you incorporated symmetry or not – and that is the use of a logo grid.

A logo grid system is a construction guide which doesn’t necessarily need to be used but will help any designer create logos that are in perfect harmony and aesthetically pleasing to the eye.

Designers use logo grids to create various objects that are in harmony with each other geometrically. In a sense logo grids enable designers to mathematically calculate spaces in between objects, heights and widths and the position of white space in between.

Some designers use circular grids, creating invisible lines to mark out the position of other objects in the design.

Logo grids are a powerful tool that transforms logos with purposeful placement, creating corporate identity designs that are cohesive, harmonious and memorable.

But it’s important not to get lost in mathematical calculations as it’s not always going to result in a great design. Grids can also lock a designer’s creativity, limiting their design process and can be pretty time-consuming.

In 2013, Yahoo released the design of its new logo, including a video that shows how the logo was designed using mathematical calculations on a grid. The exclamation mark at the end was tilted with a precise accuracy of 9° to “add a bit of whimsy”.

What followed next was not remarkable. People disliked the logo and failed to be impressed after the 30-day design stint by Yahoo.

An important lesson to learn – don’t get caught up in mathematical inconsistencies and calculations and over-rationalize your designs.

What you can land up achieving is a flat unimpressive design that doesn’t go very far.

So are you listening – Hellman and Wexler? 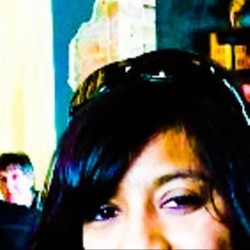 Meena is a B2C web content writer for small businesses at meenawrites.com.With design, advertising and copywriting as her background, she shares her knowledge and insight in design, marketing and content.

Meena is a B2C web content writer for small businesses at meenawrites.com. With design, advertising and copywriting as her background, she shares her knowledge and insight in design, marketing and content. 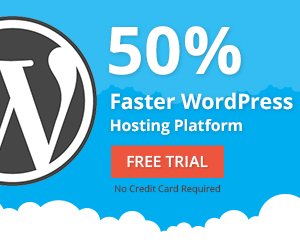